Particular stretches of West Virginia roads can be inherently dangerous due to their design, the speeds in which drivers travel, and the conditions of the road. All of these factors play a huge role in the overall safety of the road and can help determine why hundreds to thousands of people become injured or lose their lives in a specific area of roadway.

West Virginia’s Interstate 77 has proven particularly dangerous with a variety of severe injuries and fatalities. With so many accidents occurring along that road over the years, citizens are asking why and what can be done to stop the likelihood of these accidents on this particular roadway. 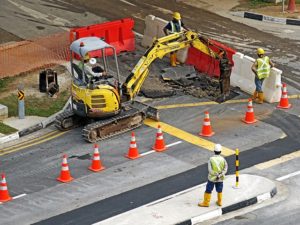 On Saturday, November 3, police arrested a driver whose negligence on Interstate 77 in Princeton led to the double amputation of the legs of a Department of Transportation worker. The man was identified as Mark Musselman of Tennessee, who received charges for reckless driving, move-over law violations, and failure to obey traffic signals.

The injured worker was identified as 24-year-old Justin Dawson of Hinton. Dawson was injured in the accident, which took place last Tuesday off of Interstate 77. At the time, Dawson and other VDOT workers were standing on the shoulder of the road so that they could assist a stranded motorist. At that time, Musselman was traveling northbound and came driving out of the tunnel. He went onto the shoulder, which is when he crashed into one of the workers and their truck.

Dawson was quickly transported to a local hospital and both of his legs had to be amputated due to his serious injuries. Police say that they are still unsure of why Musselman had been traveling on the shoulder of the road, as he drove completely over rumble strips.

Police continue to investigate this horrific accident, but it’s by no means the only accident to have occurred here.

Every year, claims are brought against local government and municipalities in cases where a roadway has dangerous designs or areas that are more likely to experience accidents. In some cases, the traffic signals in the area are mistimed or poorly placed, the road design collects standing water, or markings on the road are not highly visible.

While the concept of taking the design into account may seem odd when evaluating a car accident, some designs lead to more accidents than others. In these cases, you might find that liability may rest not only with a driver but also with a municipality or the designer of the inherently dangerous road in Princeton, West Virginia.

An effort is currently underway to make Interstate 77 safer in certain areas due to the high amounts of fatalities and injury accidents in specific areas. The manager of the Parkways Authority who is in charge of Interstate 77 in West Virginia Greg Barr says that there are many ways for these horrific accidents to be prevented. At this time, the Parkways Authority is working with state police to ensure that caution lights, a change in speed limits, and truck inspections are all taken into consideration as potential solutions

If you believe that an accident has caused your injuries or taken a loved one away from you too soon due to the negligence of another party or the inherently dangerous design of a roadway, you have a variety of options when it comes to your claim. At Katz Kantor Stonestreet & Buckner, we want to put our experienced attorneys to work for you when you have been injured or lost a loved one in a West Virginia accident. Please do not hesitate to reach out to us today to find out how we can assist you in your time of need at (304) 713-2014.

Note: This post was created with the help of secondary sources operating independently from Katz, Kantor, Stonestreet & Buckner Law Firm. The information used from these sources has not been independently confirmed by our staff. If anything included in these posts is incorrect, please inform us and we will promptly correct the post.

Disclaimer: Our intent with these posts is to honor the victims of these terrible accidents and inform the public about how to avoid these accidents and what to do in the event of one. This information should not be considered legal or medical advice.