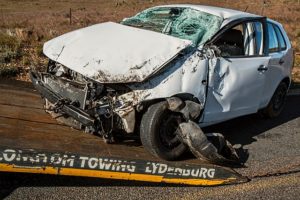 You were involved in an accident, only to find out minutes later that you were struck by a teen driver who was using their parent’s vehicle at the time of the accident. Any type of accident on our roadways can be a traumatic experience and one that poses a lot of questions, but what happens if you have been involved in an accident where another party is at fault and their parents own the vehicle and are responsible for the actions of their child? Where do you turn?

Teen drivers are some of the most dangerous drivers on our roads due to the fact that they are more likely to make mistakes on the road, given that they are just starting out as drivers. In fact, those between the ages of 16-20 are 3 times more likely to be involved in a fatal accident. Are parents responsible for the mistakes that their children make when they are first starting out on our roads?

Teenagers tend to be covered under their parent’s insurance policies when they first start out on the roads, and might even be driving their parent’s vehicle at the time of an accident in some cases. If this happens, the insurance company has a duty to step up and defend the teen when they are involved in an accident. You might wonder if it is the teen or the parent who will be responsible for your damages after you have been injured in one of these accidents.

In the most typical cases – no, a parent will not be liable. However, there are exceptions to this rule, such as cases where the parent knows that their teenager is a negligent driver but still allows them to drive the family vehicle. If a teen is known to be reckless because they have received many tickets in the short time they were on the roads or because a parent has witnessed these reckless actions and they did nothing to stop it, a parent could be liable and owe damages to a party who is injured as a result. If a parent knows that their teen is not fit to operate the family vehicle, they could be held liable under ‘negligent entrustment’ laws. This happens often in cases where a child is known to come home smelling like alcohol after driving.

In many states, a parent or guardian must sign the driver’s license application of any minor who is in their care. If a parent thinks that there is a foreseeable harm in their teenager driving, they can make the decision to not sign. If a parent gives permission for their teen to drive and lends them the family vehicle, there is a good chance that they will be liable for any actions that come from their teen’s bad driving.

Damages in Your Case

If you have been injured in an accident due to the negligence of a teen driver, you may have questions regarding liability, as it can sometimes be difficult to determine when children are involved. At Katz Kantor Stonestreet & Buckner, we want to stand by your side and protect your rights in the midst of your case, no matter how minor or major your injuries. We have specialized resources and contacts to help you obtain the best results in your case, so give us a call today to get started immediately at (304) 713-2014.

Note: This post was created with the help of secondary sources operating independently from Katz, Kantor, Stonestreet & Buckner Law Firm. The information used from these sources has not been independently confirmed by our staff. If anything included in these posts is incorrect, please inform us and we will promptly correct the post.

Disclaimer: Our intent with these posts is to honor the victims of these terrible accidents and inform the public about how to avoid these accidents and what to do in the event of one. This information should not be considered legal or medical advice.