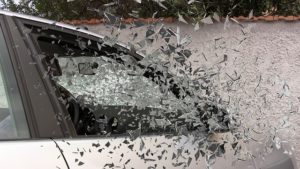 This was the case in the Takata airbag recall. In 2013, the massive recall began to correct a growing problem with vehicles that had Takata airbag systems inside them. A few lines of the Honda brand were coming up defective as more and more people called in claiming injuries, saying that they were experiencing random deployment of their airbags, creating a dangerous scenario for all on our roadways. Some were experiencing explosions when the airbag flew out, causing containers to literally explode and send shrapnel through vehicles.

By 2015, the recall became huge, including over 34 million American vehicles and additional vehicles on both European and Asian markets. Vehicles continue to be recalled for this very reason, as, when deployed, the airbags have been known to cause serious injury or death.

Because the operating system of a vehicle must always be up to date so that you are kept from harm on the roadways, you might wonder where you can turn if you have been harmed by an airbag in an accident.

The Truth Behind Defective Airbags

These instances involving exploding airbags are not the only recalls we have seen through the years involving defective airbags in vehicles. Here are the three major defects that have been seen in airbags over the years:

If any of these instances take place, there is a serious risk of injury or even death when a driver is struck or loses control of their vehicle and causes a severe crash. Many victims who have experienced these accidents have been known to receive injuries to the spinal cord, fractures of the neck, brain injuries, eye injuries, and more. The biggest fear after one of these scenarios is that the driver will lose control of their vehicle, plowing into another on the roadways, leading to even more severe results.

If you were in a vehicle and an airbag suddenly deployed, causing you harm or leading to an accident, you might be able to file a product liability lawsuit. This is a claim that you bring against the manufacturer of the airbag or the whole vehicle, depending on the circumstances. Any party who was responsible for manufacturing, installing, inspecting, or replacing an airbag could play a role in your case and you might be entitled to reimbursement for a wide variety of damages.

Our car accident attorneys in West Virginia are fitted for the job when you have suffered at the hands of a negligent party. At Katz, Kantor, Stonestreet & Buckner, we are skilled in helping many victims of personal injury accidents receive the compensation they deserve. Please contact us at (304) 713-2014 to find out how we can help you.