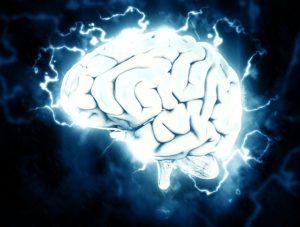 After a car accident, some damages seem obvious such as pain and suffering from the physical pain you feel from the accident, lost wages from missing time at work, medical bills that you have obtained, and many other aspects. Many of these damages are monetary in nature and can be proven through receipts and more, making it entirely possible for you to move forward in a timely manner.

However, many people do not realize that some of the injuries that you sustain might not be only physical in nature, but can be damaging on emotional levels. You might be suffering a wide range of emotional and psychological injuries due to your accident, some of which might not be so readily apparent and might instead show up over time. At Katz Kantor Stonestreet & Buckner, our experienced attorneys understand that accidents can be one of the most overwhelming and unexpected aspects that you will ever face as you deal with financial losses and stacking expenses that attempt to pull you down with them. As you grieve the fact that you have lost so much due to this accident, you might wonder where you can get started on obtaining the normal life you once led.

Let’s take a closer look at some of the emotional responses that you might feel following a serious car accident.

Depression: If you have been involved in a traumatic accident where you received permanent injuries or you have witnessed a loved one be killed before your eyes, it is not uncommon to suffer from severe depression. You might find that it is difficult to snap out of the depression once it begins and you might not view things the same that you once took so much pride in. If you are feeling hopeless, it might be time to speak with somebody, as depression is something that doesn’t tend to go away on its own and can turn into a serious issue that takes control of your life.

Anxiety: You might feel many anxious fears after you have been involved in a car accident. Perhaps just entering a vehicle once again is triggering to you and you find yourself feeling scared that another accident will occur. You might actually feel physically unwell due to anxiety with symptoms such as headaches, nausea, shortness of breath, and more.

PTSD: In some of the worst accident cases, a driver or passenger involved in a severe accident might develop what is known as post-traumatic stress disorder(PTSD), which can cause you many health issues such as sleep disorders, flashbacks, and changes in your personality on a drastic level. It is not uncommon for somebody to experience PTSD symptoms of various levels.

Speaking with an Accident Attorney

After you have suffered a car accident and are dealing with a wide variety of emotions in the midst of your case, you might be feeling vastly alone. Luckily, at Katz Kantor Stonestreet & Buckner, our experienced personal injury attorneys are willing to stand by your side and help you after you have been involved in a serious West Virginia car accident. If you are feeling emotionally drained or you haven’t been yourself following an accident, it might be time to speak with an attorney. Please contact us for more information at (304) 713-2014.