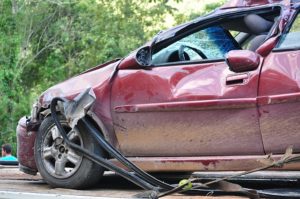 There are many places on West Virginia roads where accidents are more common than other places. One of these places is intersections, which are known for having many accidents every year for a wide variety of reasons. Intersections are dangerous due to the hustle and bustle with signs pointing in different directions and many people who are waiting to press the gas and head to their destination – all in one area. If you have been injured in an intersection accident, you might be in need of a West Virginia personal injury attorney during this difficult time.

The Federal Highway Administration gathered data showing that 2.5 million intersection accidents happen across the U.S. in just one year’s time. Most of these accidents involve a vehicle driver who is making a left turn, which compromises 40% of the intersection accidents that occur. Another one of the biggest reasons is rear-end crashes. Some of these accidents will only be minor fender-benders, while others will take lives, which is why it is imperative to understand what options you have as you move forward.

Today, we would like to take a closer look at the many reasons why intersection accidents take place across the U.S. to get a better idea of how we can put an end to these accidents.

Traveling Too Quickly: In many of the most severe accidents that take place, a driver sped up so that they could attempt to beat a light. At the same time, another person pulls into the intersection, which leads to a serious and even deadly collision. Speeding can make it difficult to avoid an accident.

Driving Distracted: When you are at an intersection, your main focus should be on your driving. However, many people at intersections every year get tired of waiting and quickly become distracted. They might fail to see traffic signals and vehicles in the middle of an intersection or waiting for a light to change, which could mean trouble.

Driver Drowsiness: Drivers have slower reaction times when they are tired, which can be a dangerous combo at an intersection. Intersections tend to have bustling traffic, so drivers need to be able to think quickly.

Poor Design of Intersection: In other cases, an intersection accident might not be the fault of another driver at all. Sometimes, the designer of an intersection or a government entity in charge of the road could be liable for the accident, especially when an intersection was designed poorly. Examples might be lanes that are not well-designated, poor visibility, and dangerous road conditions like potholes.

Drunk Driving: Impaired driving leads to many serious and even fatal accidents every year, a lot of which happen at intersections. Poor safety decisions can be made in the blink of an eye, including running red lights when others are coming through.

How a West Virginia Car Accident Attorney Can Assist You

If you have been injured in an intersection accident on West Virginia roadways, you might have questions about how you can move forward with your claim. Many intersection accidents lead to catastrophic injuries and fatal results that take place in the blink of an eye but are fully preventable. At Katz, Kantor, Stonestreet & Buckner, we understand how difficult it can be to move forward with your car accident claim after a West Virginia car accident. Please reach out to us for results that you can rely on at (304) 713-2014.