Some accidents are not as cut-and-dry as others. For instance, if you were sitting in traffic and a vehicle came up behind yours and slammed into the back of your vehicle, the party who struck you is bound to be at fault. Perhaps they were texting at the time or otherwise not paying attention to your vehicle. On the other hand, if you were involved in an accident in the middle of an intersection, it might not be as easy to determine who should have gone and who should have stayed at the stop sign. Because of this, you might find that your car accident claim turns into a dispute as you try to determine who is at fault.

Was There a Citation?

One of the best ways to determine fault in an accident is to determine if there was a citation. If the other driver received a ticket and the police at the scene of the accident have determined that they are at fault, this could hold up in settlement or court when you are working toward compensation for your damages. For instance, many drivers will receive citations after events such as speeding or running a light. The person who receives a ticket will primarily carry the most fault, even if they are not at fault for the entire accident.

Collecting Evidence to Defend Your Claims

Perhaps you believe that the other party was fully at fault for your accident. However, you are unsure of how to show this. The best way to prove that the other party is liable for your accident is to start collecting evidence that can prove your claim, such as any comments that the other driver makes at the scene, police reports, photographs, witness statement, and more. In many cases, individuals will try to listen for any admissions of fault, such as an apology for the accident or somebody outright claiming liability.

Who Makes the Ultimate Determination? 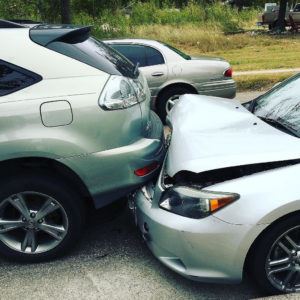 The ultimate determination of fault will not be made between you and the other driver, as either party could form biased opinions. Instead, it will be a combination of aspects, such as admissions by drivers, witness statements, police citations, and more. This is why it is always wise to have an attorney on your side who can try to gather as much evidence as possible that points to the other party when you believe that they are at fault for your collision.

The insurer involved in your case might be one of the entities that are claiming that liability falls onto you and that, based on their findings, they cannot conclude that the other party is liable. The insurance adjuster might want to hear your side of the story and want you to present evidence, which is why it is imperative to have an experienced attorney on your side who can back up your statements.

At Katz, Kantor, Stonestreet & Buckner, our experienced car accident attorneys in West Virginia are here in your time of need when you have been involved in a personal injury accident. If you are feeling hopeless or confused about your next steps, it is imperative to have a compassionate attorney on your side who understands what you are going through. Please contact us for more information on how we can help in your time of need at (304) 713-2014.