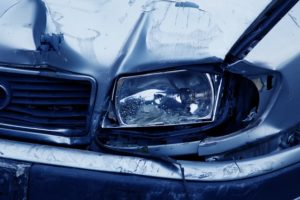 Teen driving accidents lead to serious injuries and take lives every single year. In fact, in 2016 alone, statistics show us that 2,433 teenagers between 16-19 were killed and many more were hospitalized with serious injuries in motor vehicle crashes that took place for a wide variety of reasons. Teenage drivers are likely to be involved in accidents due to the fact that they might not be able to make a decision as quickly as an adult on whether or not a situation is dangerous. Teens might be more inclined to make critical errors on the roads that can lead to serious accidents in the blink of an eye. But why do many teen driving accidents take place every year, and what are some of the most common reasons that we see every day on our roads?

Inexperience: If a teenager has been on the roadway for only two years or less, there is a likely chance that they are not well-equipped to recognize that a road situation could quickly become a dangerous one. This is why, within the first few months of a teenager receiving their license, they are more likely to become involved in a serious accident that leads to either injuries or a fatality. Young drivers are most likely to make more mistakes.

Distractions: Many teen drivers will engage in scenarios that take their eyes from the road. These include actions such as talking on the phone, fiddling with the radio, chatting with their young friends, and many other distractions. Distracted driving is dangerous any time of the day, but even more so at night.

Driving Intoxicated: Driving intoxicated can very easily turn into a deadly scenario for any type of driver, but especially for teenagers. Teenagers have said in many research studies conducted over the years that they are willing to get into a vehicle with somebody who has been drinking. Driving while intoxicated has become a common theme among teens of all ages.

Reckless Driving: In teen car accidents, 35% of young drivers were found to be speeding at the time of the crash. This increases the chances that the accident will wind up being fatal in nature. Other practices that teens tend to engage in include making illegal turns, making lane changes in illegal ways, tailgating, and participating in racing with friends.

Texting: With over 80% of teens owning a cell phone, there is no doubt that texting and driving will take place on our roads. Many teenagers also engage in social media practices, which means that they are more inclined to take a look at their social media while they are driving.

If you have been injured due to one of the many mentioned reasons by a teen driver who has acted negligently, you have many rights. In many cases, the teenager who caused your accident will be held liable but in some cases, including those where a parent knew that their teenager drives recklessly on the roads, the parent could also be held responsible. Understanding liability in teen driving accidents can go a long way, which is why it is important to speak with an experienced attorney immediately so that you can gather evidence and work toward results you deserve. At Katz Kantor Stonestreet & Buckner, we understand how difficult it is to move forward after you have been injured in any type of car accident case. Our attorneys are here to protect your rights every step of the way. Contact us for more information at (304) 713-2014.