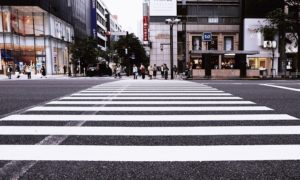 In West Virginia, pedestrian accidents take place every week, some of which will lead to injuries in those involved and others that take lives. Tragically, too many people are killed every year in these serious accidents across the U.S. In fact, in 2015, 5,376 pedestrians lost their lives in these horrific accidents that tend to take place at the hands of negligent drivers. On top of that, nearly 129,000 pedestrians were also hospitalized in these serious accidents.

City Driving: When vehicles are driving in cities, there is more of a chance that drivers will engage in improper lane usage. The majority of pedestrian accidents take place on city streets because vehicle drivers tend to change lanes quickly without looking where they’re going, or force pedestrians on the roads when they are driving too quickly.

Unmarked Crosswalks: Intersections are where a large majority of pedestrian accidents take place. When pedestrians find themselves in crosswalks, they are less likely to be struck in an accident. This is why it is always a good idea to cross at a clearly marked pathway where you know that drivers will be paying attention to you.

Electronic Use: Though many accidents take place due to texting drivers every year, pedestrians can also find themselves in accidents because they were fiddling with their electronics instead of paying attention to the roadways. This is why it is important for both pedestrians and drivers to put down their phones, stop playing with radios, and more when they are supposed to be focusing on the roadways.

Left-Hand Turns: Even in a crosswalk, a pedestrian can be injured when a vehicle is making a left-hand turn and doesn’t notice the person walking. In left-hand turn accidents, both parties tend to be looking elsewhere instead of each other, which might mean that they miss one another until it is too late. Pedestrians are typically looking straight ahead, while drivers are trying to negotiate an intersection.

Dark Clothing: Nearly 70% of pedestrian accidents happen at night when a driver is less likely to see the pedestrians. When the sun goes down, bright clothing is necessary so that a pedestrian is easier to stop. It is also a good idea for a pedestrian to carry a small flashlight so that they can stay seen, even when they are wearing light clothing.

Not Hearing a Vehicle: In some cases, a pedestrian never hears a vehicle coming due to the fact that it is too quiet. Pedestrians tend to try to detect traffic with their ears as well as their eyes, which means that if they cannot hear a vehicle, they might not know it’s even coming until it’s too late.

Alcohol Use: Typically, a drunk driver is more inclined to become involved in an accident. However, pedestrians who drink might also find themselves involved in an accident because they are intoxicated and not following the rules of the road. These accidents can take place in the blink of an eye, which is why it is important to stay focused and only drink when you are safe and far from the roads.

At Katz Kantor Stonestreet & Buckner, we understand that it is difficult to move forward after you have been injured in a serious pedestrian accident. Our personal injury attorneys, who have helped many people move forward after they have been involved in accidents, understand the ins and outs of the laws that dictate your case and your outcome as you work toward compensation. You have many rights and we don’t want you to stand alone. Contact us today for more information at (304) 713-2014.