Drunk driving is seen as one of the most serious crimes that takes place on our roadways due to the fact that these types of accidents can cause some of the most serious and even fatal injuries. When somebody makes the decision to drive after drinking, they are putting every other driver on our roads in danger of serious harm. If you have been injured in an accident due to the negligence of a drunk driver, liability should not be difficult to prove, especially when the drunk driver was arrested at the scene of the accident and there are charges against them.

From there, many people will make the decision to seek compensation for a wide variety of damages when they have been injured or lost a loved one in one of these accidents and reckless behavior is proven. Some of the damages that are most commonly seen in these types of accidents include payments for medical bills, lost wages, funeral costs, pain and suffering, and a variety of other damages that are relevant based on what you have lost. In cases where outright negligence on a higher level occurs, there is a good chance that you will be able to compensate for one other type of damage – punitive damages.

Introducing Punitive Damages in Your Case

Courts will typically only award punitive damages in cases that involve outrageous conduct by a defendant. For instance, what if somebody made the decision to drive drunk after spending a night bar-hopping with friends and they caused an accident that killed three people, including two children? The courts see this as a type of case where the defendant should be punished. They will work to deter others from causing these types of serious accidents in the future as well. This is where punitive damages come into play, which are damages given under certain circumstances that are considered punishment for outrageous conduct. If somebody has acted in an especially harmful manner, these damages might be given.

The major benefit of punitive damages is the fact that these damages are not awarded alongside compensatory damages such as medical bills and lost income, but are used as a way to give you a bit extra for your losses as a way to punish the defendant and hold them accountable. This means that you might end up receiving even more for your case due to the reckless actions of another party with the help of an experienced attorney. 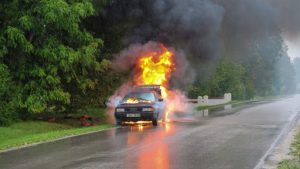 Sometimes, the seriousness of the crime can play a role in your ability to receive the punitive damages you deserve. For instance, the court might not take a case as seriously as they should if somebody was driving slowly down a road only slightly above the legal limit when they struck the rear-end of your vehicle. They might, however, take a case very seriously when somebody was going well over 100 mph on a one-way street in the wrong direction when they struck a driver head-on.

You may or may not qualify for punitive damages but you will never know until you take the chance to speak with an experienced attorney during this desperate time in your case. At Katz Kantor Stonestreet & Buckner, we understand just how difficult it can be to come to terms with your personal injury case after you have been injured by a reckless driver who chose to drive while intoxicated. Make the decision to gather evidence and take it to an attorney who is guaranteed to help you receive the best results in your case. Contact us for more information today at (304) 713-2014.